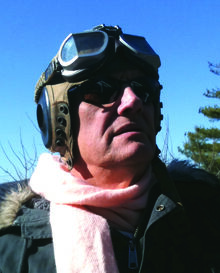 Herb Trimpe is best known for his 8-year run on the Incredible Hulk for Marvel, featuring the introduction of Wolverine in Hulk 180 and 181. Trimpe is also known for his contributions to several licensed characters, including Transformers, Godzilla, and G.I. Joe, all of which were featured in major motion pictures. Other titles drawn by Trimpe include the Defenders, War Is Hell, Guardians of the Galaxy, Indiana Jones, and Fantastic Four Unlimited, a quarterly publication that became Trimpe's final effort at Marvel. Trimpe is currently drawing G.I. Joe covers for IDW publishing, as well as extensive commission work.[1]