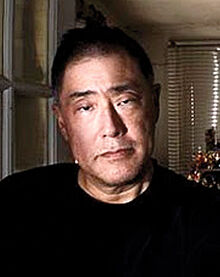 Larry Hama is a writer / cartoonist / illustrator / actor / musician who has worked in comics, television, and film. He is best known as the writer of Marvel's G.I. Joe comics in the '80s and Wolverine in the '90s. More recently, he has scripted G.I. Joe Origins and G.I. Joe: A Real American Hero for IDW as well as various animation and video game projects. His illustrations have appeared in National Lampoon, Esquire, New York, and Rolling Stone. As an actor, he has appeared on Broadway in Stephen Sondheim's Pacific Overtures and on TV in M*A*S*H*, SNL, and Another World.[1]