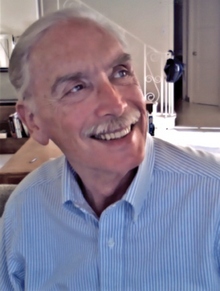 Richard Kyle is one of the founders of comics fandom and a Special Guest at Comic-Con 2011.

When he was 13 he left school to work, continuing his formal education with science fiction, comic books, and mystery novels. He made his first fiction sale in 1956. Kyle discovered comics fandom in 1961, and for the next 22 years he contributed articles, reviews, and criticism to comics fanzines, beginning with "The Education of Victor Fox" for Dick Lupoff's Xero. In 1964, he introduced the terms "graphic story" and "graphic novel," and contributed the column "Graphic Story Review" to Bill Spicer's Graphic Story Magazine. Kyle's own magazine, 1981's Graphic Story World, featured news, interviews, and graphic stories by Dan Spiegle and Alex Toth. That year he and Fred Patten introduced European comics albums to America, and Graphic Story World received French fandom's Prix Phenix bronze medallion. In 1976, with Denis Wheary, he formed Kyle & Wheary and published the first book identified as a "graphic novel," George Metzger's Beyond Time and Again. Then, in 1983, as editor of Argosy, he commissioned "Street Code," Jack Kirby's acclaimed graphic memoir of his youth.

Retrieved from "https://comic-con.fandom.com/wiki/Richard_Kyle?oldid=4082"
Community content is available under CC-BY-SA unless otherwise noted.