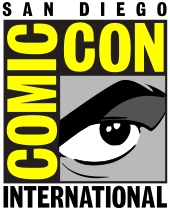 As Comic-Con winds down, so do the panels, but there's still a few exciting ones for die hard fans of Supernatural and Fringe!

There might not be comic book industry were it not for Jack Kirby...and if you don't know who that is, you really don't belong at this convention. Each year, his friends and co-workers gather to talk about Jack and his work and to marvel (no pun intended) at the length and breadth of his influence, not just on comics but on TV, movies, and all the arts. This year, the dais will include Herb Trimpe (Incredible Hulk), Stan Goldberg (Marvel colorist), Paul Dini (Batman), and Charles Hatfield (Hand of Fire), all chatting with moderator Mark Evanier (Kirby: King of Comics). Room 5AB

Fringe returns to Comic-Con for its farewell panel to celebrate its fifth and final season. Series stars Anna Torv (The Pacific), Josh Jackson (Dawson's Creek), Lance Reddick (Lost), Blair Brown (Altered States), Jasika Nicole (Take the Lead), and John Noble (The Lord of the Rings: Return of the King), along with executive producer J. H. Wyman (Keen Eddie), offer a Q&A with fans and an exclusive video presentation. Don't miss the discussion about the climactic conclusion of this critically acclaimed thriller. From Bad Robot Productions in association with Warner Bros. Television, Fringe airs Fridays at 9/8c on FOX. Fringe: The Complete Fourth Season will be released on Blu-ray and DVD on September 4. Hall H

International hit series Merlin returns to Comic-Con to celebrate its upcoming fifth season premiere with a presentation of advance footage, a peek behind-the-scenes, and access to its stars and creators. Leading the panel are Colin Morgan, the magical title character of Merlin, and Katie McGrath, the wickedly beautiful sorceress Morgana. The pair will be joined by co-creators and executive producers Johnny Capps and Julian Murphy, as well as some fan favorite, gotta-be-there-to-see guests. Popular hostess and "writer of all things geek" Jenna Busch moderates the festivities, which will include an eye-opening offering of Merlin's expansive new entertainment scope, some unique prizes, and a few special-for-Comic-Con surprises from the series that airs in more than 180 countries. Room 6BCF

Get an inside look at one of the hottest boys' properties of 2012, LEGO Ninjago! Hear from the creators how the hit Cartoon Network TV series is developed. LEGO designers will show how they create LEGO models from the characters and vehicles on the small screen. Join the Q&A session and see an exclusive sneak peek of Ninjago: Season 2! Room 8

Series stars Jared Padalecki (Friday the 13th [2009]) and Jensen Ackles (My Bloody Valentine 3D), recurring guest stars Misha Collins (Ringer), Jim Beaver (Justified), and Mark A. Sheppard (Battlestar Galactica), executive producer Jeremy Carver (U.S. version of Being Human), and consulting producer Ben Edlund (The Tick) return to Hall H to answer questions from the audience about what's in store for the eighth season of this thrill-ride series. Fans will also see an exclusive video presentation featuring series highlights, as well as a portion of the special features from the upcoming Supernatural: The Complete Seventh Season DVD and Blu-ray release, in stores September 18. The eighth season of Supernatural will premiere in October on its new night, Wednesdays at 9/8c on The CW. The series is produced by Wonderland Sound and Vision in association with Warner Bros. Television. Hall H

There's no turning back for Spider-Man! The Lizard is back, and only Spider-Man has a chance of curing him! Find out all the details on what's going on with your favorite wall-crawler on the eve of his 50th Anniversary in August. That's right, Marvel's editor-in-chief Axel Alonso and others will be taking any and all questions from you, the fans! With earth-shattering announcements that will change the life of Peter Parker for another 50 years, this is one panel that no Spidey fan can miss! Room 6DE

The Doctor and the Ponds land in San Diego. BBC America's Doctor Who stars Matt Smith, Karen Gillan, and Arthur Darvill join award-winning lead writer and executive producer Steven Moffat (Sherlock) and award-winning executive producer Caroline Skinner (The Fades) for a Comic-Con panel and Q&A. As fans eagerly await the new season's premiere, BBC America is making sure Steven Moffat brings new footage to reveal on the big screens in Hall H. Ahead of the new season, BBC America will premiere new Doctor Who specials-The Science of Doctor Who, The Women of Doctor Who, The Timey-Wimey Stuff of Doctor Who, and The Destinations of Doctor Who-as part of the Supernatural Saturday programming block starting Saturday, August 4 at 9pm/8c. For those new to Who, the previous two seasons from Steven Moffat are available now on Blu-ray, DVD, and digital download. Hall H

In celebration of the final book in the international bestselling Artemis Fowl series, Eoin Colfer will tour the U.S. with this unique show that portrays all eight Artemis Fowl books (including the finale) in 8 minutes! With the help of some lucky audience members cast as Artemis Fowl and Holly Short, Eoin will go back to where it all began and perform the books live. Don't miss this hilarious look at the beloved series about the Teenage Criminal Mastermind. Room 7AB

It's hero time in San Diego! You don't want to miss this chance to see the world premiere exclusive sneak peek of Ben 10: Omniverse. In the new series premiering this fall, Ben has a new look, new aliens, a new sidekick, and, of course, new bad guys to battle. Yuri Lowenthal (Ben) hosts a panel featuring stars and producers who will give an inside look at the creation and direction of Ben 10: Omniverse, and you'll be the first to see animation from this exciting new series! Room 6DE

Once upon a time, Buffy Summers became the Slayer, the Chosen One who proved a young heroine could battle the forces of darkness instead of playing damsel in distress. Stars from the hit TV series Buffy the Vampire Slayer (Nicholas Brendon, Clare Kramer) join forces with Dark Horse editor Scott Allie, writer/producer Jane Espenson, illustrator Georges Jentry, and the original Buffy herself (Kristy Swanson, star of the 1992 motion picture), not to mention a surprise guest or two, to celebrate 20 years of slayage. Room 6BCF